We had an absolutely wonderful time working with couple Kendall & Tyler to custom create her ring with stones from her mother’s ring. Read their story below!

Kendall and Tyler met senior year of high school through Tyler’s dad, who happened to be Kendall’s basketball coach that year. He was hired that year to coach Kendall’s high school team, and he introduced the two one day after a game. It started out as a friendship, which slowly turned into more. But they decided to wait and officially date until the season was over, fearing that dating the coach’s son might be a bit weird.
Despite deciding to attend different colleges, they decided to make it work. While Kendall was out in New Hampshire playing basketball, Tyler was up in Minnesota playing baseball. For four years, they took turns traveling back and forth visiting each other and spending the summers together.
After graduation, Tyler was drafted by the Philadelphia Phillies and Kendall found a job here in Milwaukee. They rented their first apartment together, but Tyler was gone much of the year playing baseball. So Kendall traveled all over the country visiting him during his time away until his baseball career was over.
In the summer of 2019, they traveled to New Hampshire for a friend’s wedding. While they were there, they visited Nubble Lighthouse in York, Maine; one of Kendall’s favorite places. Tyler proposed at the lighthouse, where he gave Kendall the stunning ring that The Jewelry Center helped him create with pieces from her mother’s ring.
They had set a date to get married in August of 2020, but unfortunately, decided to postpone the wedding due to restrictions the venue was implementing. It was a tough decision to make, especially after the anticipation, but they are now even more excited to get married in August of 2021 with all of their friends and family. They are currently living in their first home together, and are loving it! 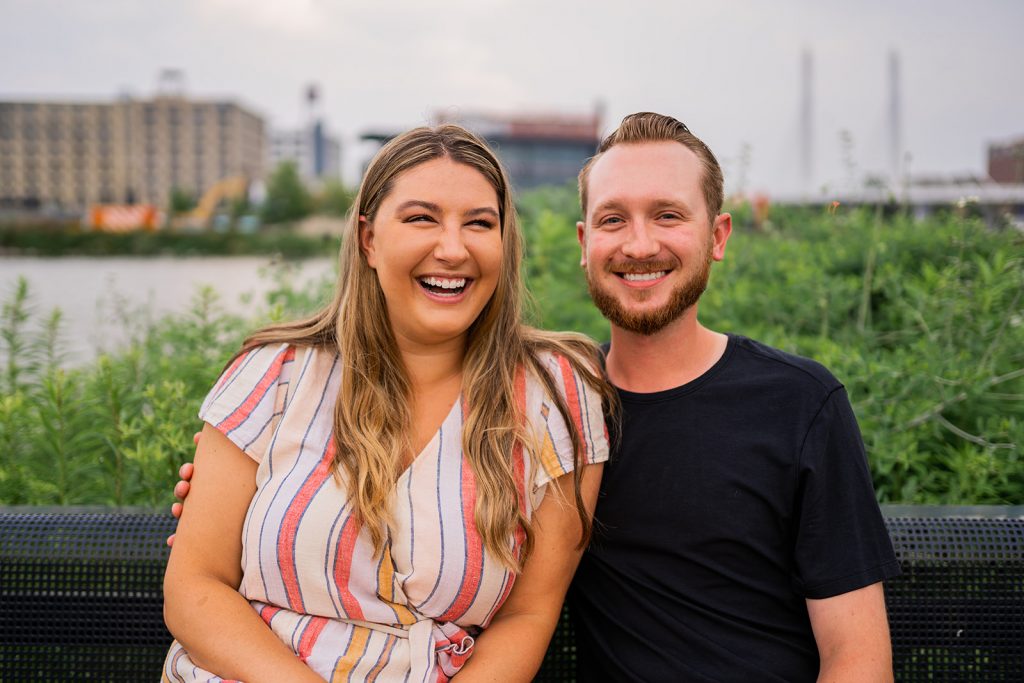 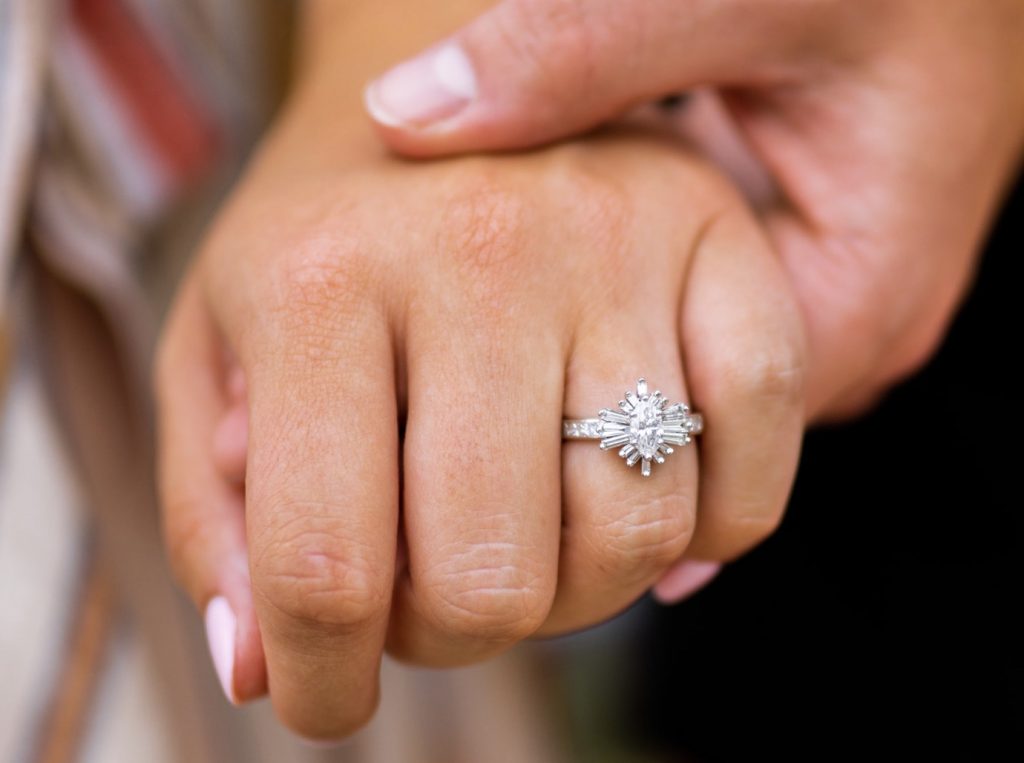 From all of us at The Jewelry Center, thank you for allowing us to help the creation of your dream ring. We wish you both all the best as you begin this new life together!

For the quickest response, please text us using the blue icon at the bottom right.